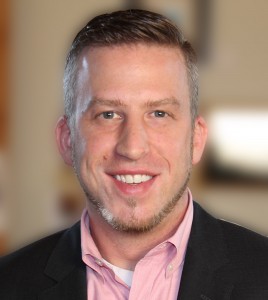 Joining BRP in 2005, Karen Lombardo previously served as E&O product manager, team leader for insurance agents. “Karen has been a critical part of our underwriting team since BRP began to offer professional liability in this space in 2008. Her leadership in the segment has been impressive. Today she and her team are recognized as one of the go-to markets for insurance agents E&O,” said Lisa Doherty, president and CEO of BRP, adding, “As we look to 2020, Karen will be adding other products and services to protect agents as they protect their clients.”

Seth Brickman joined BRP in 2007 and worked his way up the ranks as an underwriter and most recently served as D&O product manager, team leader for D&O, Employment Practices Liability, Fiduciary, Crime, and Banks. “Seth was there from the beginning working to create a new suite of admitted Management Liability products. He has continued to work on building the business through product innovation, stronger carrier partnerships and new products. He continually pushes himself and those around him which has really helped BRP to expand,” noted Doherty. Brickman was also an integral part of the launch of non-admitted, hard-to-place EPL, Sexual Molestation Liability, Broker-Dealer, Active Assailant Liability, and Excess Coverage products.

Steve Komaromi joined BRP in 2004 and has served as network administrator and systems developer. He has been an integral part of ensuring excellence in BRP’s end-to-end underwriting platform. “Starting with creating the Reporting Tool, still in use 15 years later, Steve has worked incredibly hard to bring efficiencies to BRP through technological innovation. In the last 18 months, he has developed and released major system updates for several new products with our carrier partners. Technology continues to be part of our secret sauce and Steve’s dedication to that end has been tireless,” said Doherty.